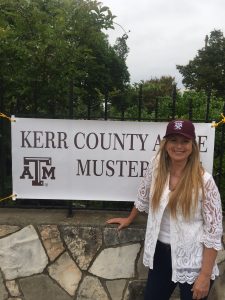 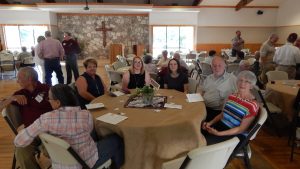 2018 Muster at Tucker Hall in Kerrville

Aggie Muster is held usually on April 21st to honor those Aggies who have lost their lives throughout the year.  The first Kerr County Muster was held April 21, 1980.  It has been held a places such as Comanche Trace, the Ag Barn, Knights of Columbus Hall in Kerrville, Camp La Junta in Hunt, Blue Sage Hall in Ingram and Tucker Hall in Kerrville.  We have had many popular and interesting speakers over the years.  Our average attendance has been 125.

Today, Muster is celebrated in more than 300 locations worldwide, with the largest ceremony taking place on the Texas A&M campus in College Station. The ceremony brings together more Aggies worldwide on one occasion than any other event.